Martinique is full of underwater treasures and among them, the Nahoon wreck is one of the most beautiful dives on the island. Scuba diving on a wreck is to discover a new dimension. It is an emotional adventure, a technical challenge and a story in itself. We invite you to join us in the discovery of the sunken ship. Let’s get started!

What is the Nahoon in Martinique?

The Nahoon is a three-masted ship lying at a depth of 35 metres. A real spectacle that will take your breath away. The yacht has in fact been living its third life underwater since 1993, when it became an artificial reef.

What level to dive on the Nahoon wreck?

The Nahoon has to be earned! Like all treasures, it cannot be revealed to the first diver who comes along. But a level 2 French / Advanced Open Water PADI is sufficient, rest assured. Moreover, despite the 35 meters depth, the silhouette of the 3 masts is easily recognizable and appears quickly after your launch.

Wreck diving is a different form of scuba diving. It allows you to discover the variety of underwater species that have colonised the site over the years. It often requires a slightly more technical level and special preparation. It is also a type of diving that will allow you to test yourself and improve your diving skills. Finally, wreck diving also allows you to take an interest in the place you are visiting under the sea. Discovering the history of the submerged ship is part of the adventure, whether it was submerged voluntarily, as is the case for the Nahoon, or not. In fact, it is not uncommon for a stingray to join the divers on their visit to the ship. Snappers often spawn near the masts. Spiders prefer the holds and lobsters nest at the bottom of the hull. An impressive green moray eel often guards the area. The Three Masts has also been colonised by many varieties of coral and sponges. Keep an eye out during your dive, you won’t be disappointed! 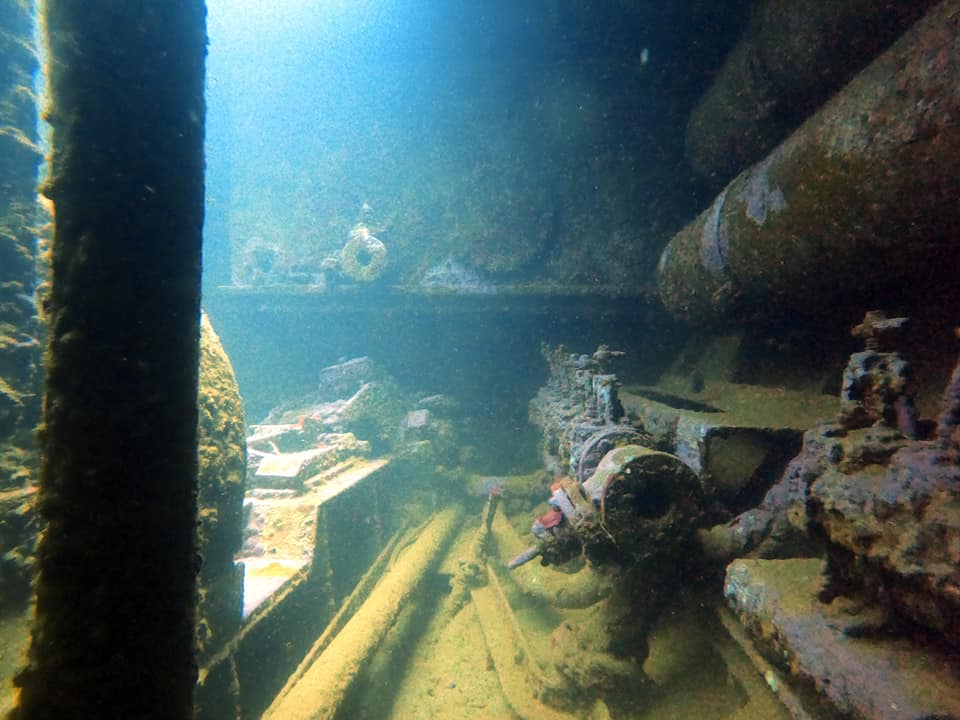 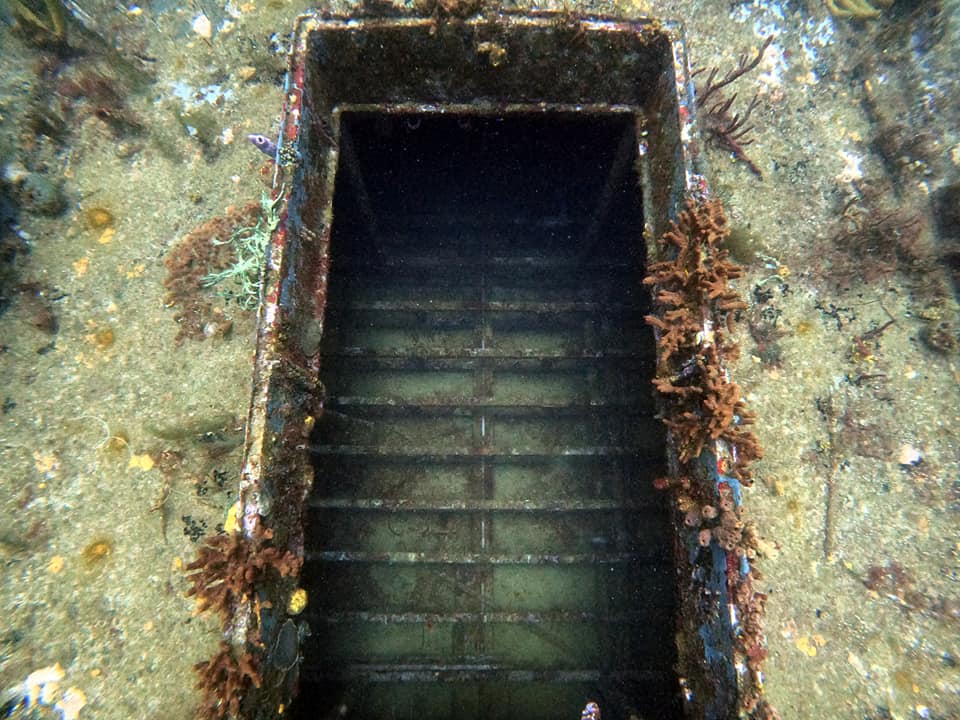 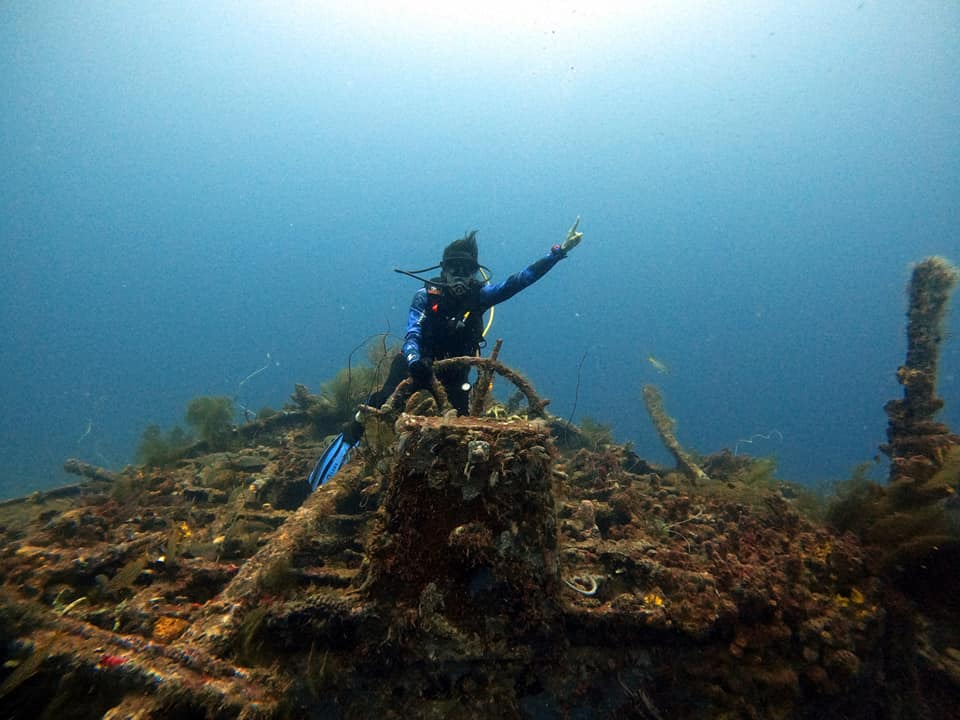 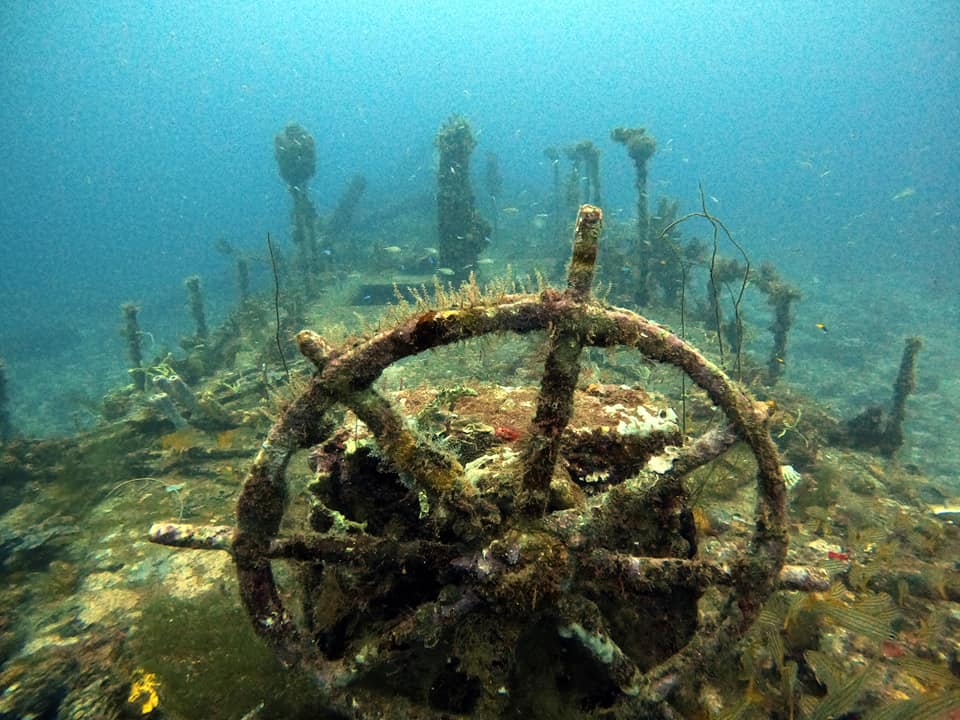 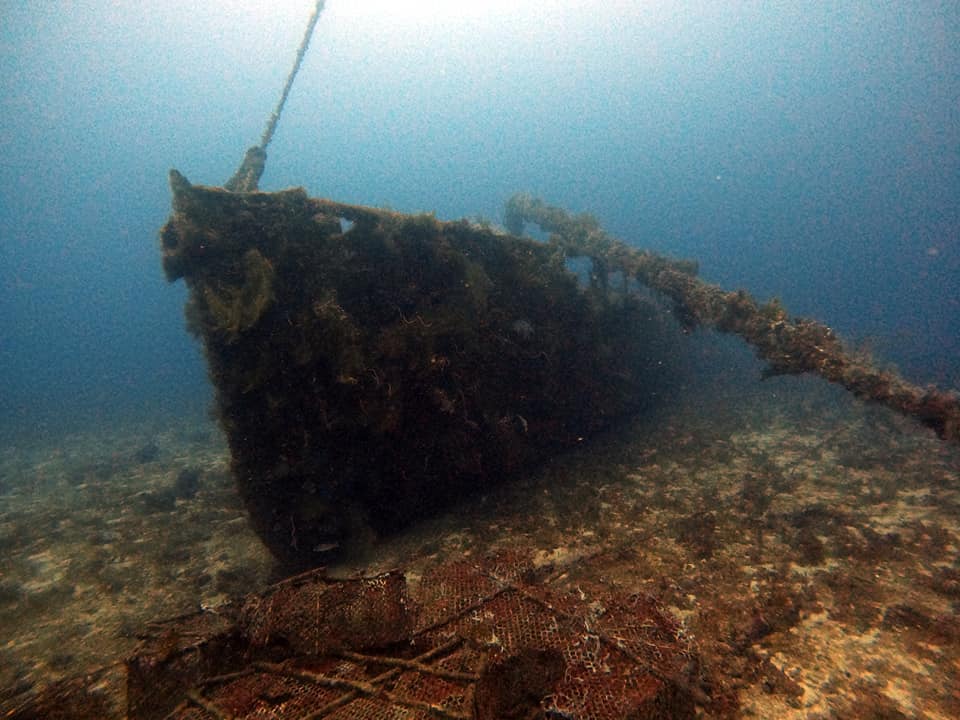 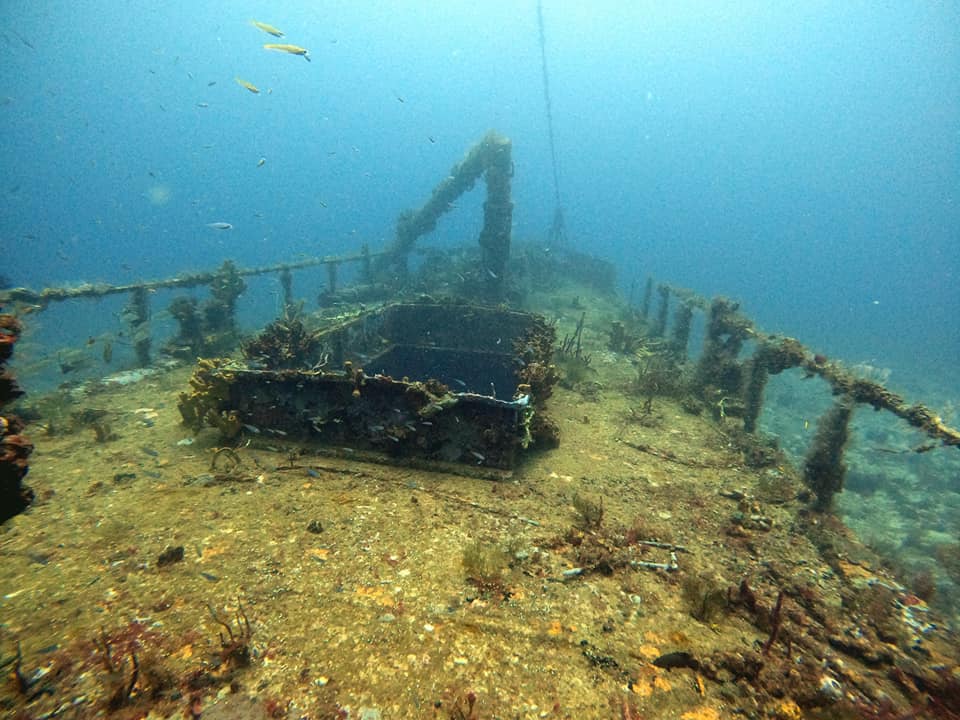 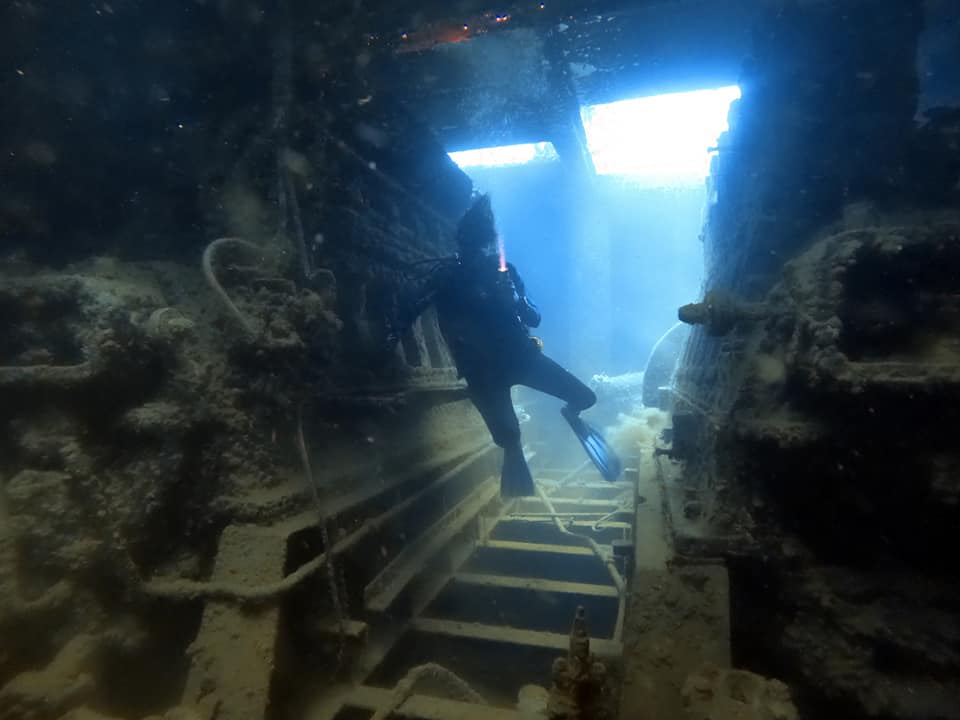 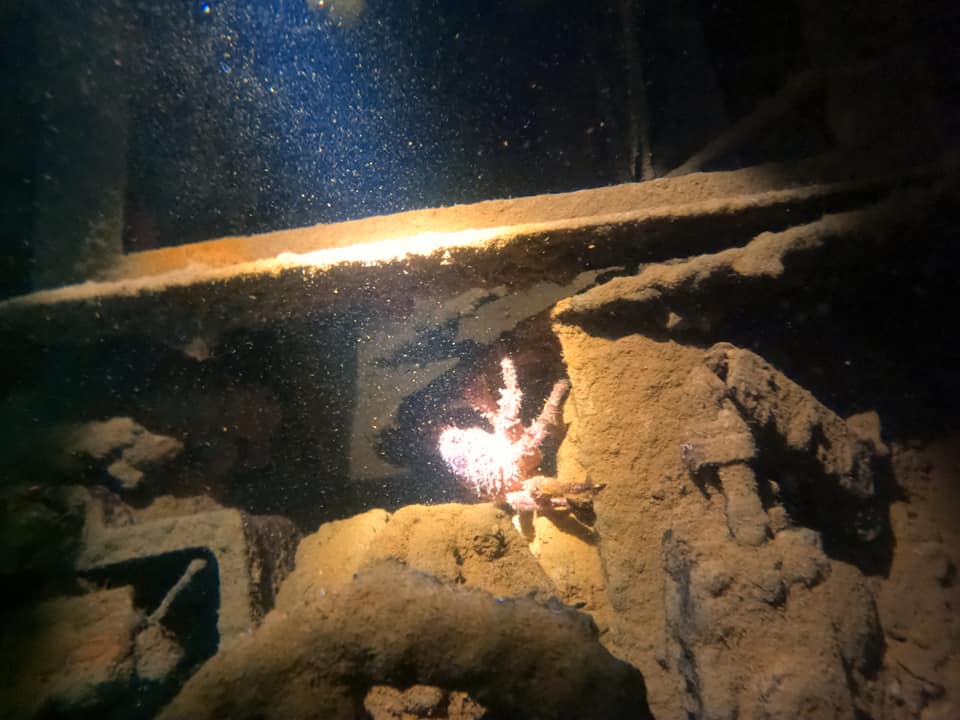 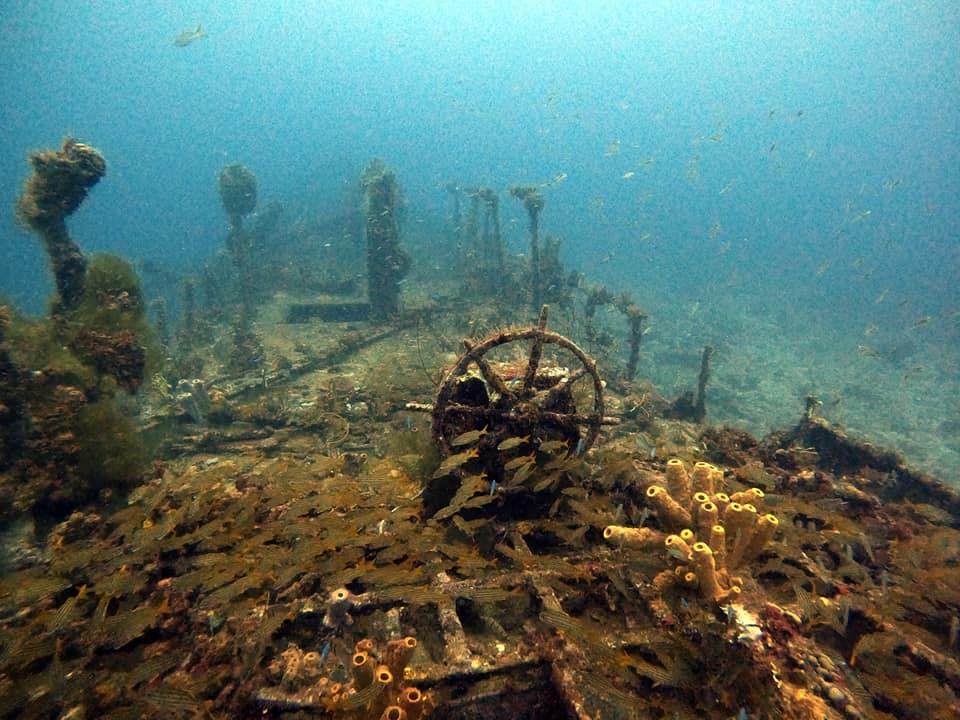 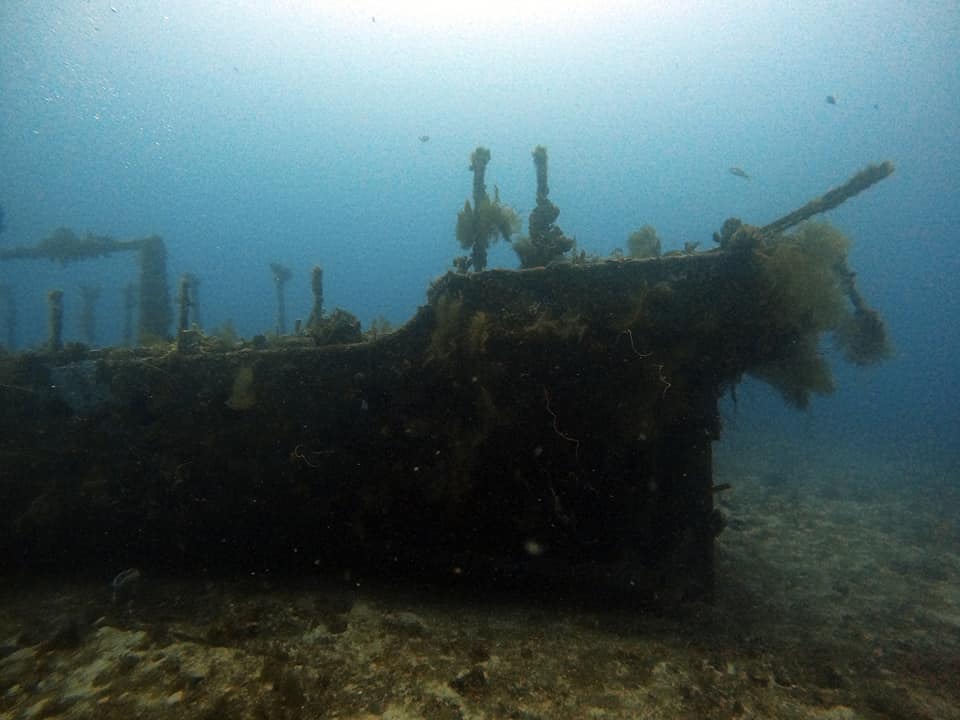 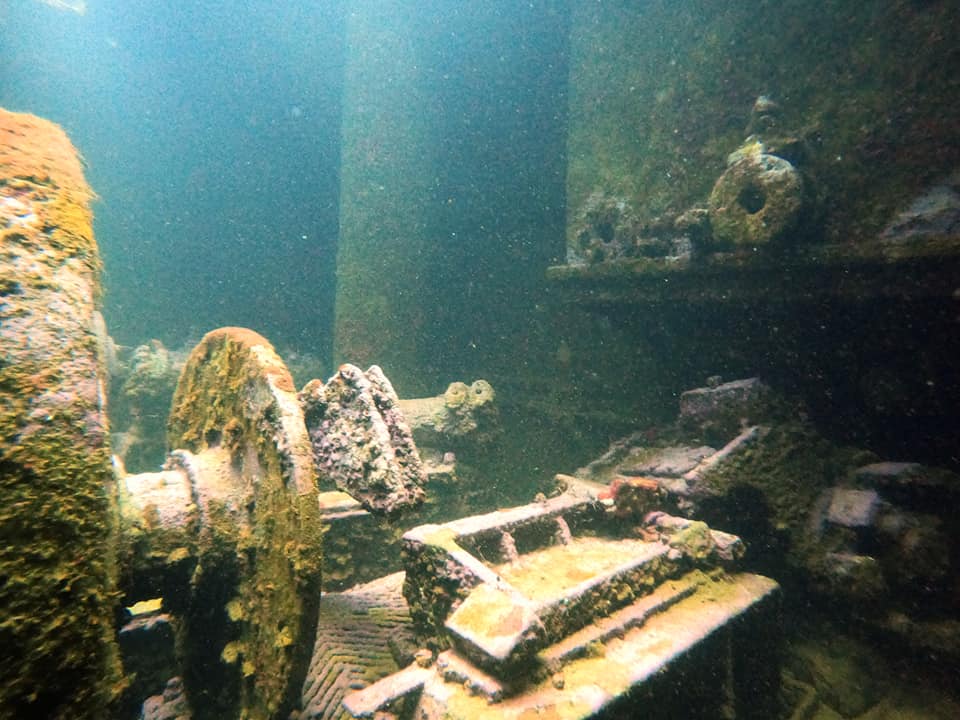 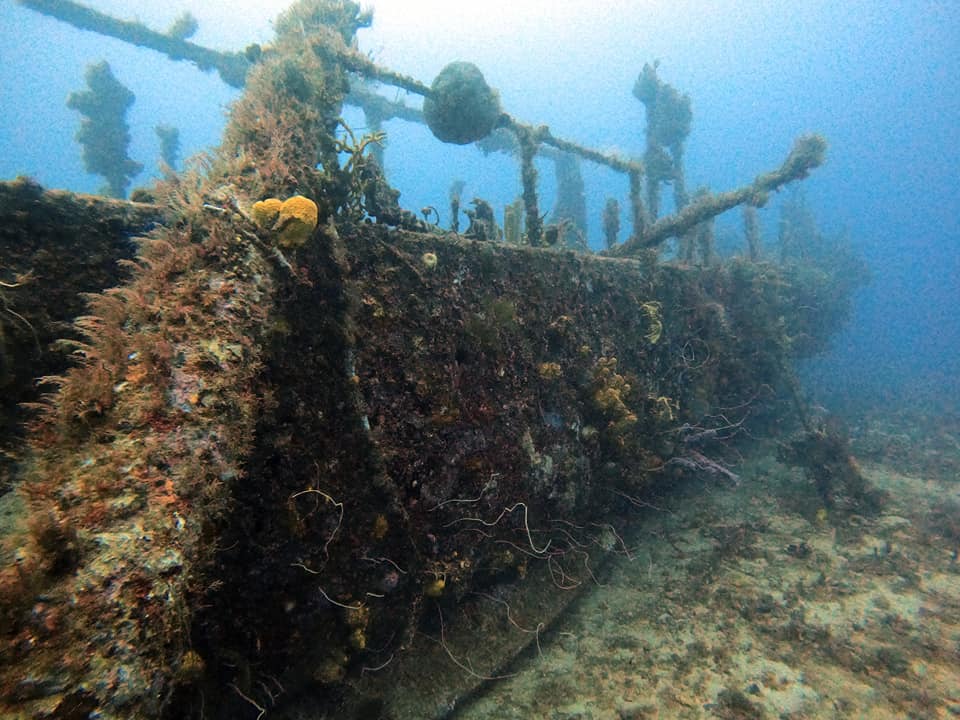 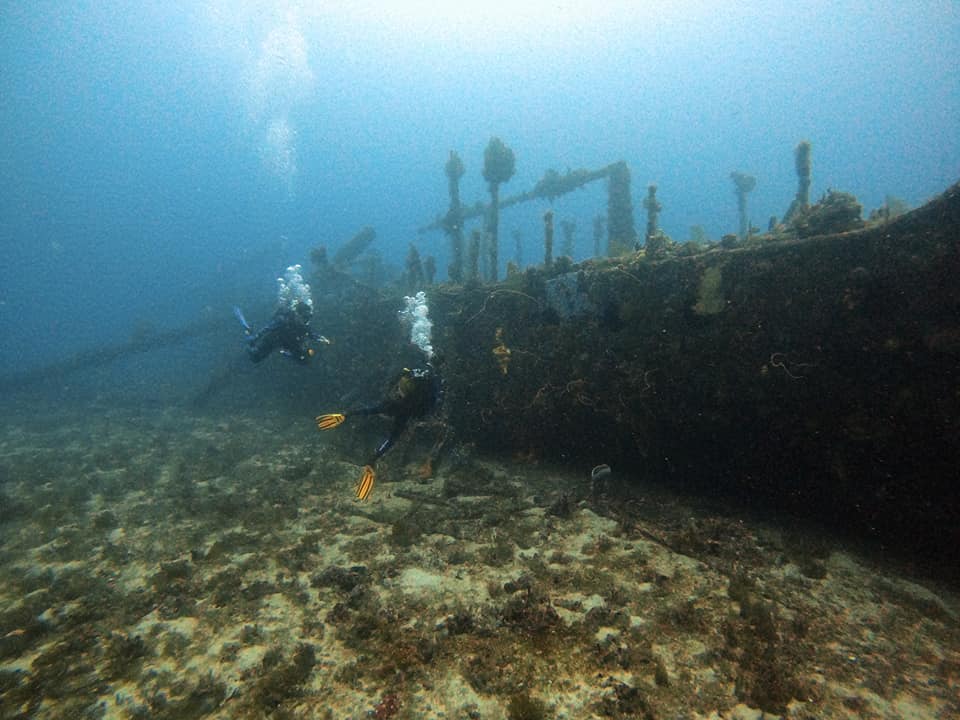 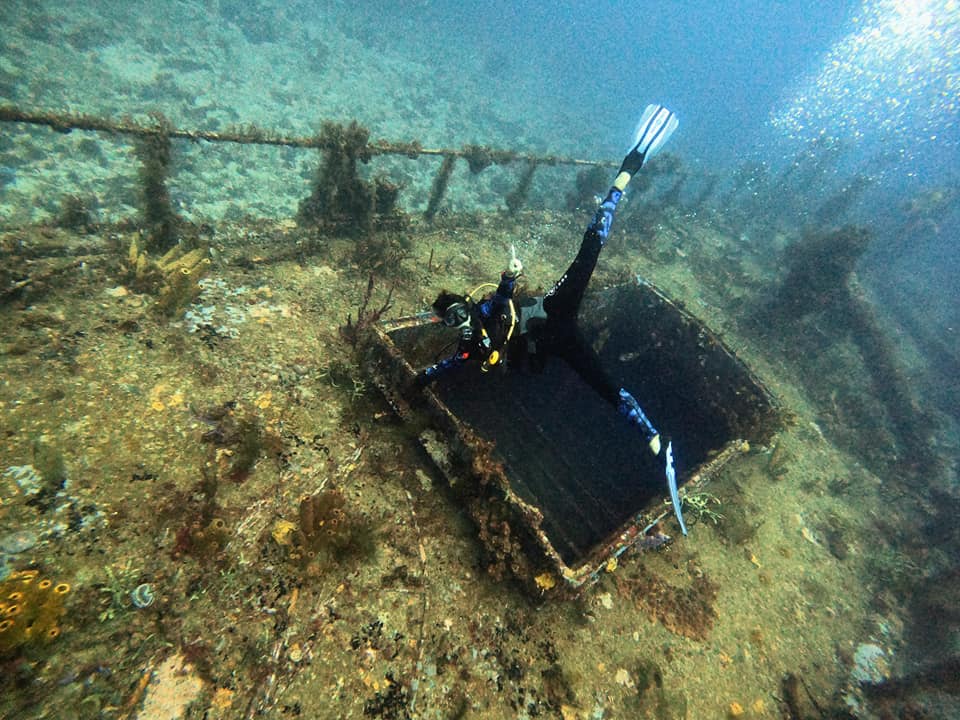 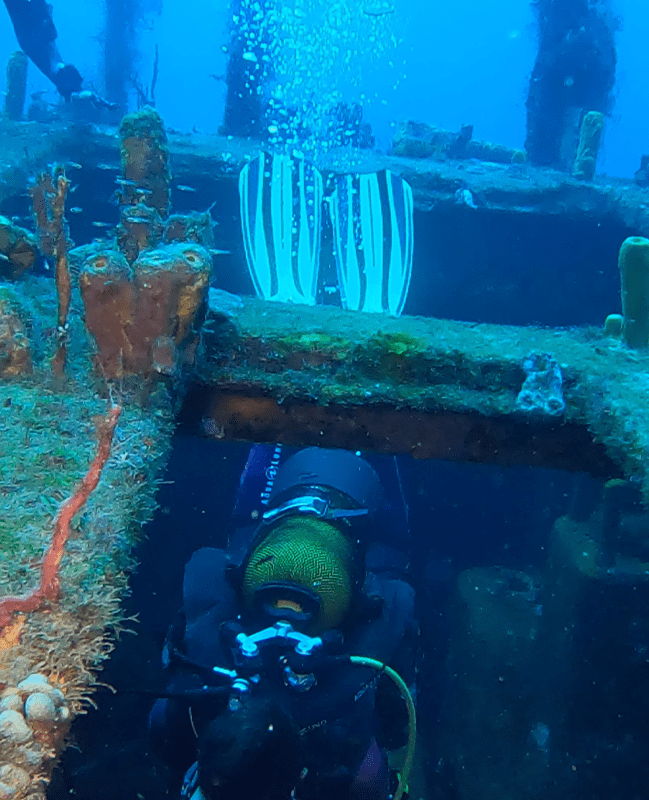 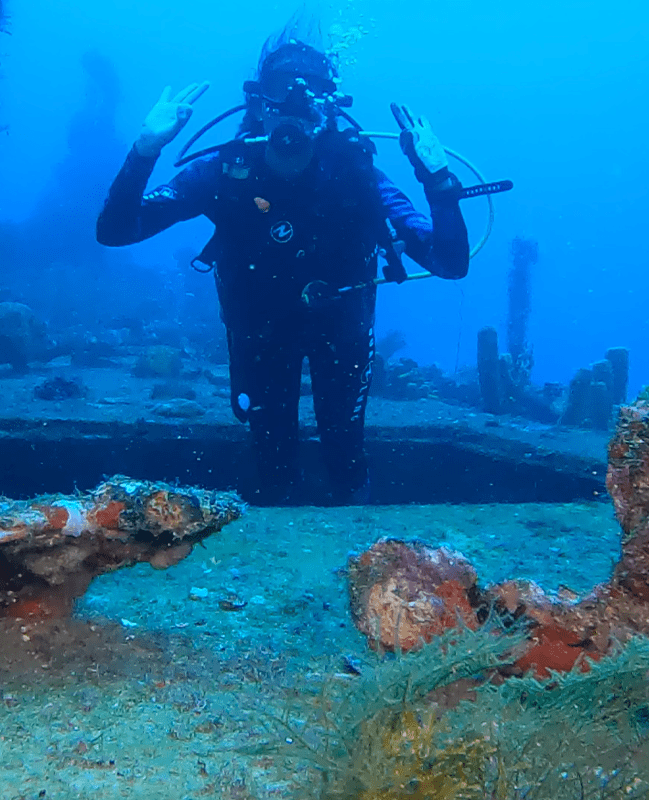 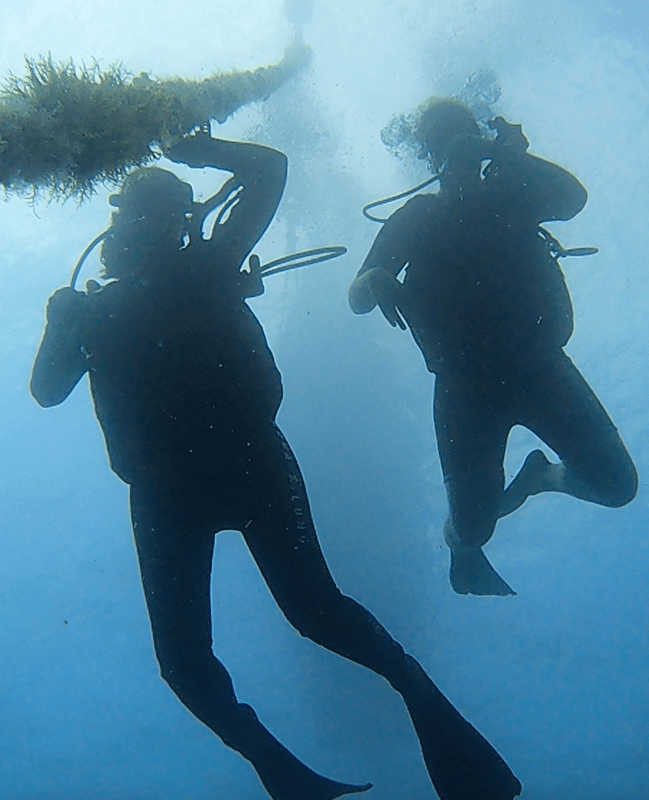 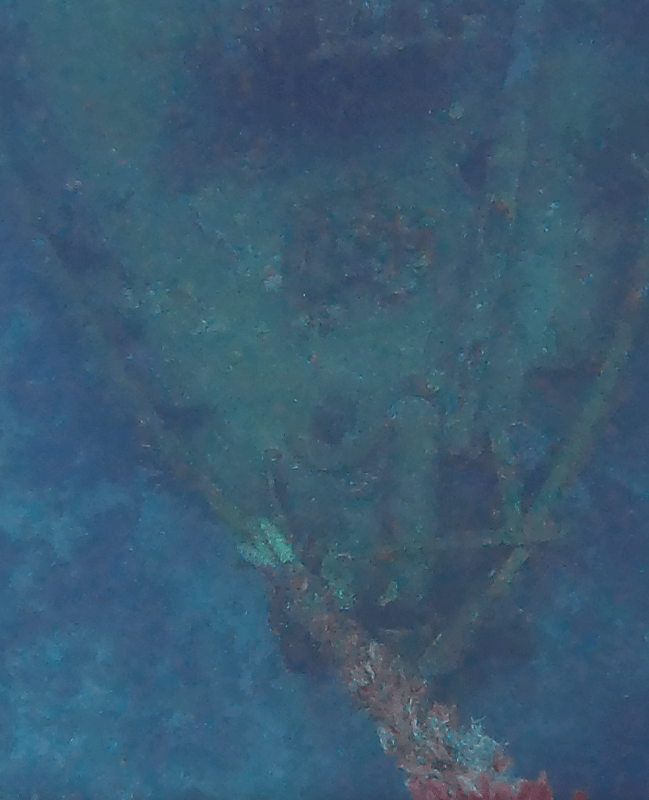 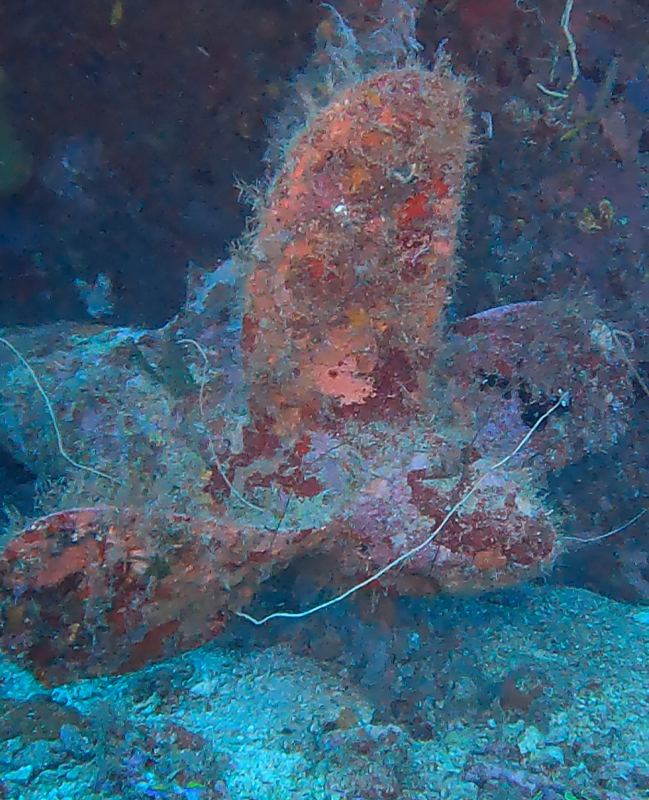 What can you see on the wreck of the Nahoon?

Today, the Nahoon is home to exceptional, colourful fauna and flora and offers an almost unrivalled diving site in Martinique, off Anse Dufour and Pointe de la Baleine. During the exploration, it is impossible not to feel like a captain in front of his impressive wheel, particularly well preserved and still mobile. The engine room, the huge diesel engines and the open holds are still fully accessible. The ship was of course cleaned up before being sunk. It is not uncommon for a stingray to join the divers on their tour of the ship. Snappers often come to spawn near the masts. Spiders prefer the holds and lobsters nest at the bottom of the hull. An impressive green moray eel often guards the area. The Three Masts has also been colonised by many varieties of coral and sponges. Keep an eye out during your dive, you won’t be disappointed!

What is the history of the Nahoon in Martinique?

For more than 20 years, the Nahoon has rested peacefully on a sandy bottom. But her life as a ship was not always so calm. The yacht was designed between 1909 and 1911 and was originally called the “Quinette de Rochemont”. This was the name she bore when she first left the port of Royan. During the First World War, the ship distinguished herself by saving the crew of a boat that had just been shot at by a German submarine. In 1919, it even welcomed on board the President of the Republic at the time, Raymond Poincaré. In 1941, Germany took possession of the Quinette as war booty. After a refit, the ship headed for the West Indies in 1952. In 1957, she was renamed the Caraïbe, then decommissioned a few years later, before being sold to a scrap dealer in Pointe à Pitre in 1965. In 1966, cyclone Ines hit Guadeloupe and the ship ran aground on a sandbank in the bay. The former buoy tender attracted the attention of Henry Wakelam, who bought it and transformed it into a three-masted ship for nearly 10 years. In 1976, she was renamed Nahoon. After having been a nightclub and then the object of a restaurant-bar project, the sailing ship was finally abandoned in the bay of Fort de France. In 1993, the Nahoon made its last stopover, the holds were opened and filled with water and the vessel began its third life, the one you are about to discover! 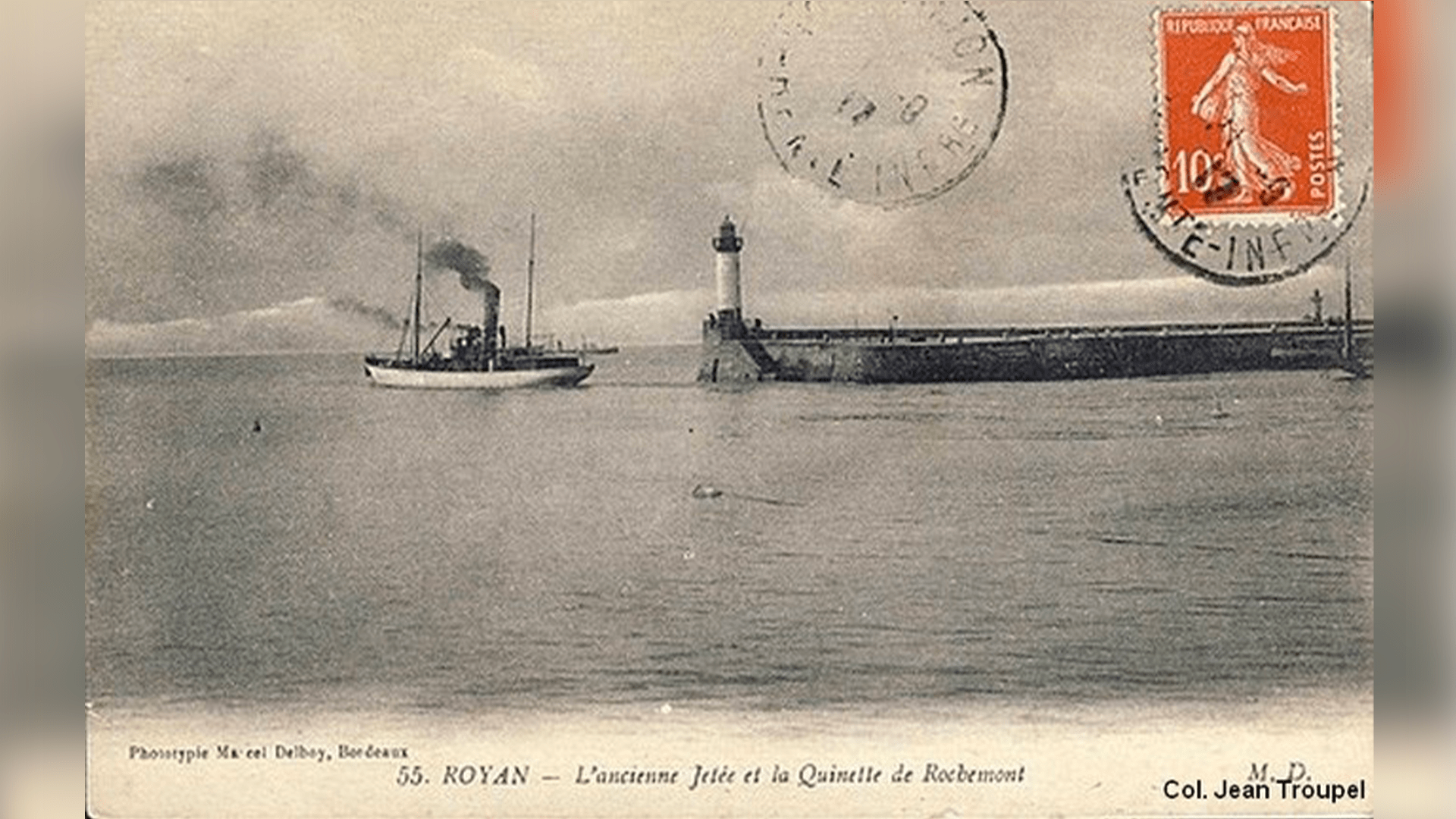 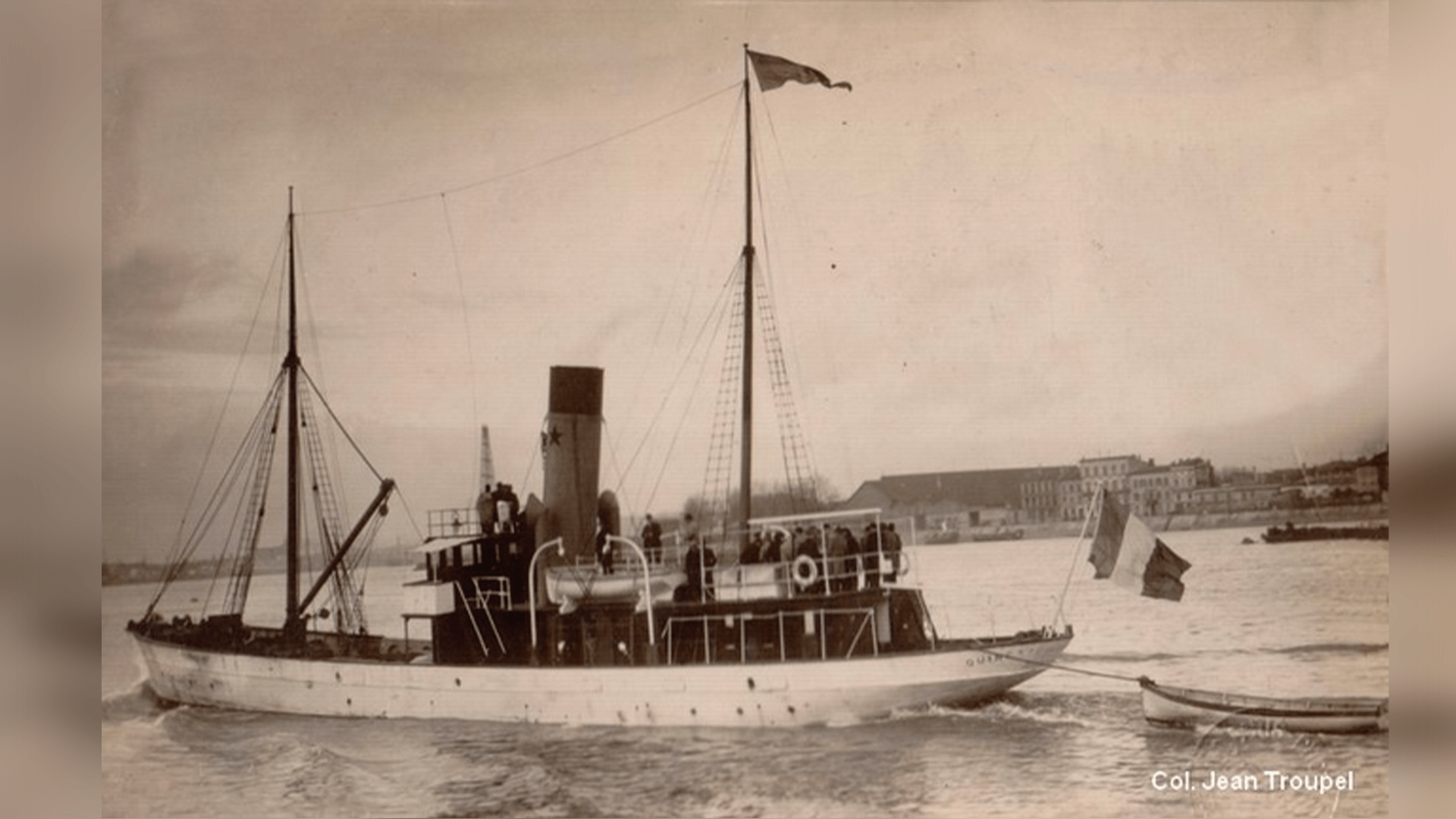 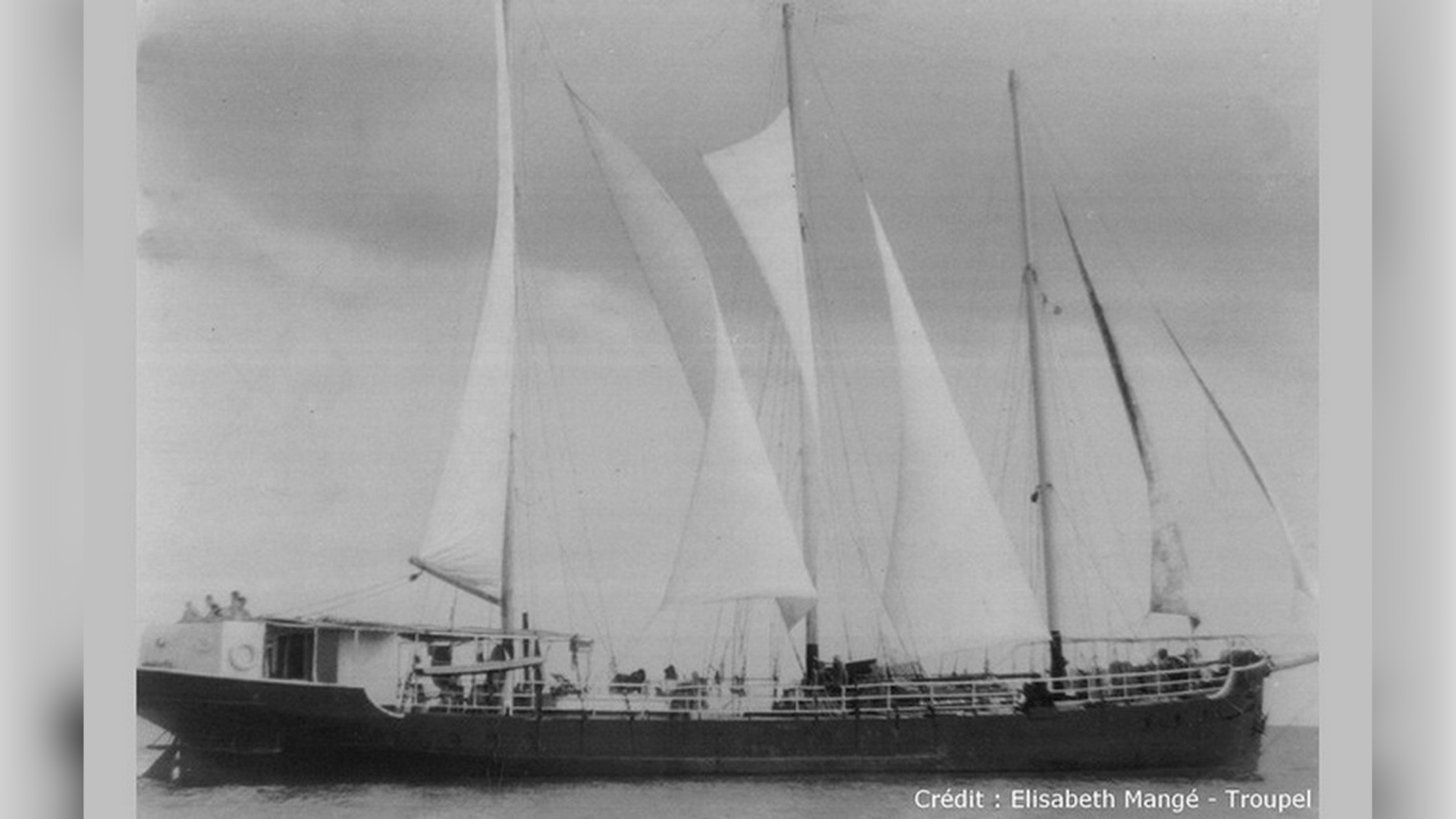 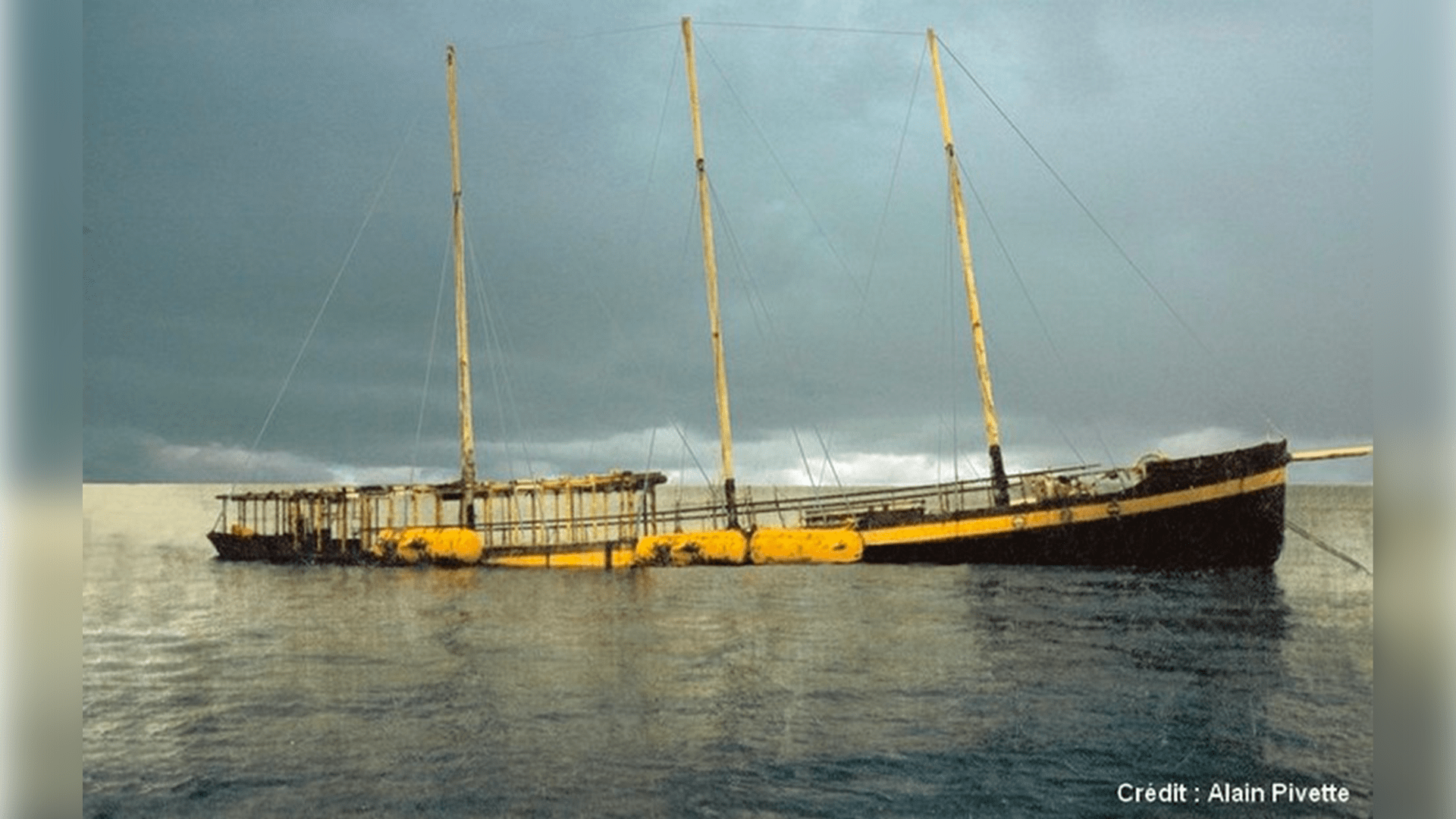 How to get to the Nahoon wreck?

From our dive centre Alpha Plongée Martinique on the beach of Anses d’Arlet, it only takes 12 minutes to reach the Nahoon dive site by boat.

The 28m descent is in the blue, there may be some current, feel free to stand at the end to descend.

END_OF_DOCUMENT_TOKEN_TO_BE_REPLACED

Where to find us ?

We look forward to seeing you.