Funny name for a dive site, the Dead Tree, isn’t it? There was a time when, indeed, we used a dead tree, on the surface, as a landmark on the coast to find the site.

That’s for the little story above, because underneath, nothing is dead, quite the contrary! In the depths, there is an abundance of life and a unique diving scene.

What is the Dead Tree in Martinique?

The Arbre Mort site opens on a rocky scree, then crosses a pretty sandy beach which allows us to reach a magnificent drop off.

What level to dive at the Dead Tree?

The Dead Tree is suitable for all levels of divers, whether for a first dive or any PADI or French diving school level. It is also perfect for snorkelling! 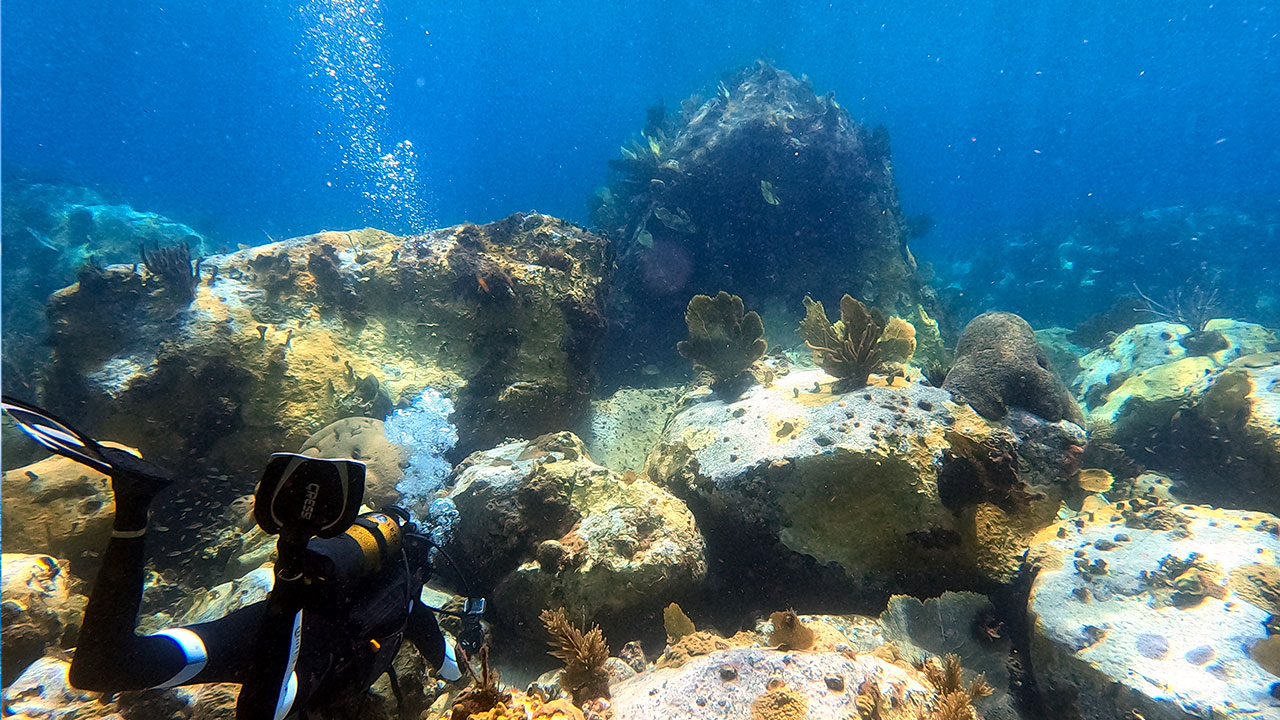 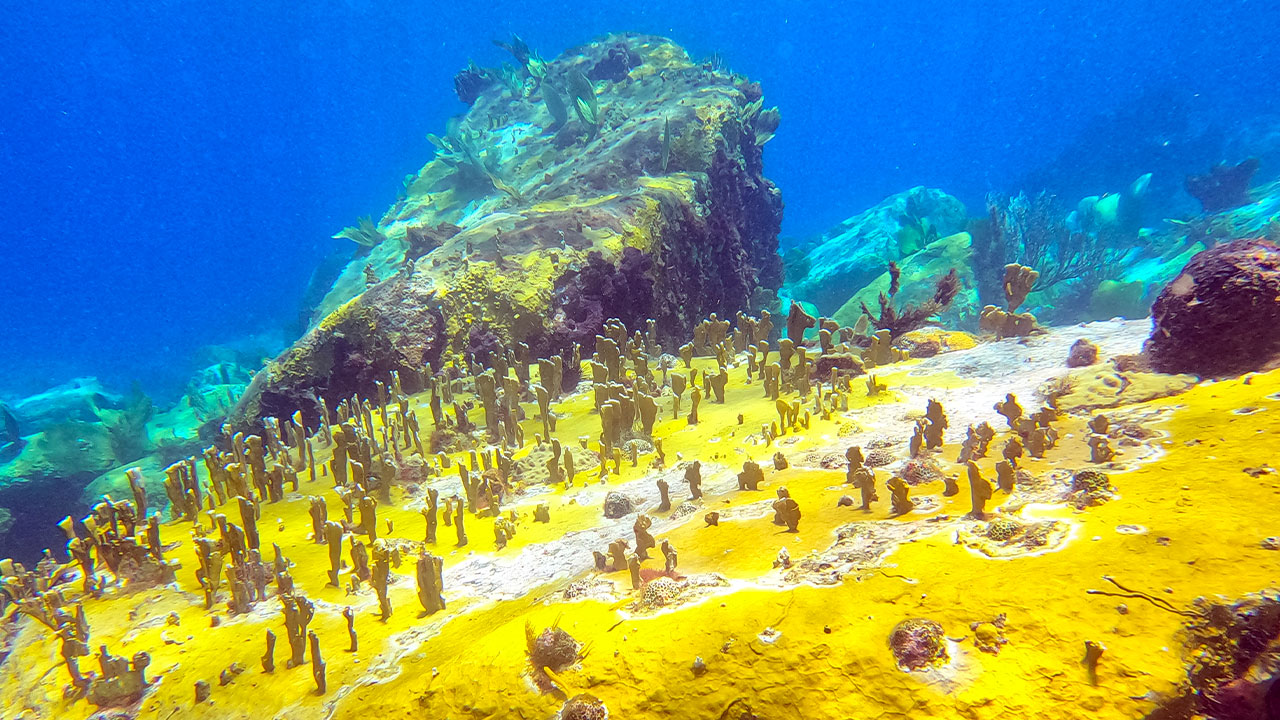 Don’t hesitate to take a few minutes and give your opinion on the different networks. Facebook, Google, Tripadvisor … 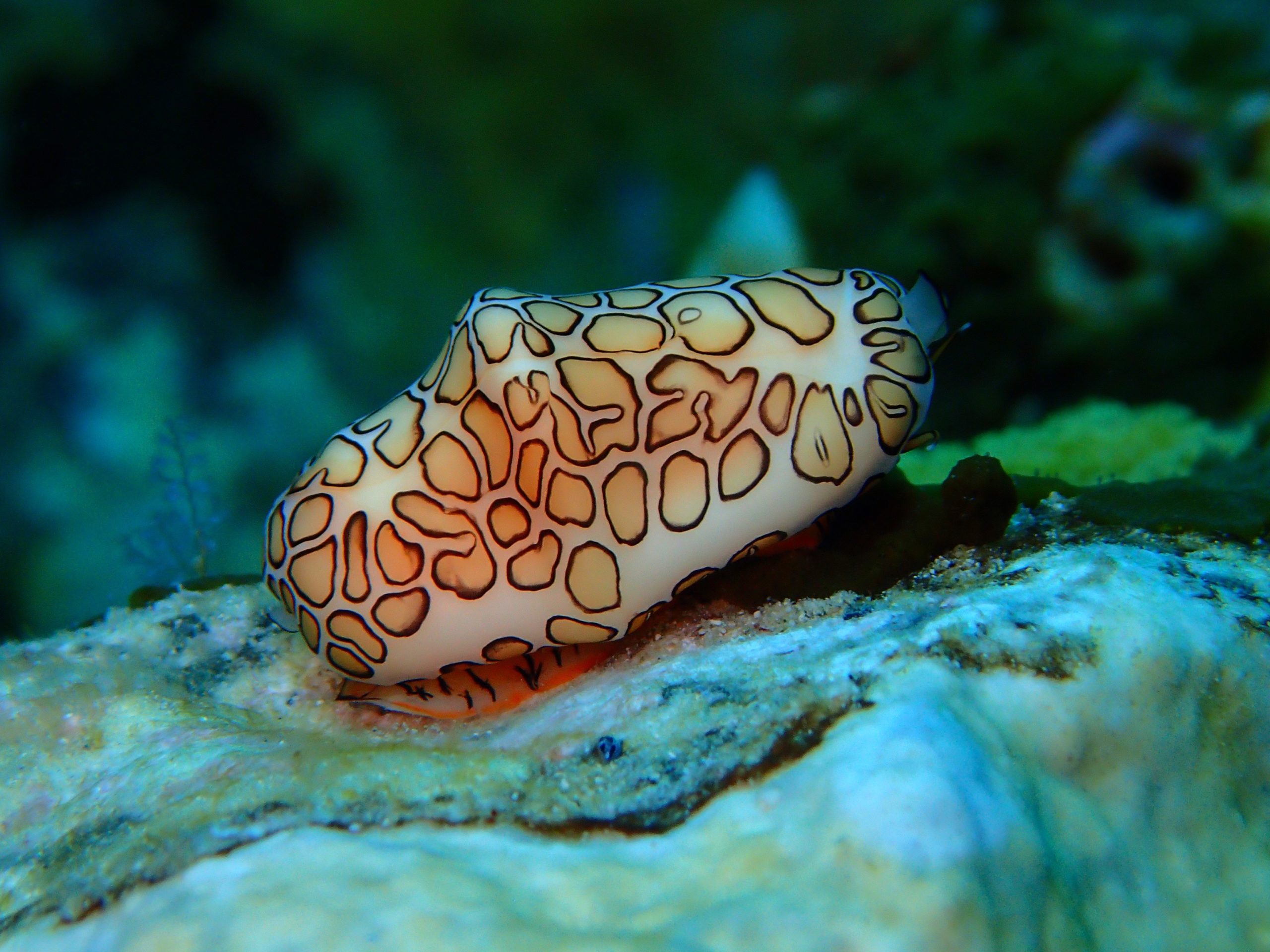 What can you see underwater at the Dead Tree?

The site of the Dead Tree is the kingdom of the Gorgons, whether they are “feather” or “fan”. We like to see them swaying on the surface with the swell. Gorgonians are these kinds of corals, often fan-shaped, with bright colours (purple, yellow or red).

And who says Gorgonians says Caribbean Currency because this small mollusc is fond of them! It consumes the external tissues with greed.

Do you like those little orange spots on the shell of the Caribbean Mint? It is simply a part of its body with which it surrounds its shell. It can also be recognised by its characteristic hump.

It is called Caribbean Mint because in the past, between the 17th and 19th centuries, this shell was used as a currency by the Caribbean populations.

And when we talk about money while diving, we can’t help but think of the sand dollar. It is a flat sea urchin that lives buried in the sand. You can often see the tests (skeletons) of these sea urchins on the sandy beach of the Arbre Mort site. However, when alive, it is much more difficult to spot because it is buried in the sand.

Its sidekick, the Red Spatange, is much easier to find. Round in shape, you can guess it under a small mound of tiny pebbles… you have to keep your eyes open!

And before going back up the sandy beach to join the boat, don’t forget to stop in front of the spider cave. Beautiful specimens have taken up residence here.

How to go diving at the Dead Tree?

To get to the Arbre Mort site, it only takes 5 minutes by boat from our Alpha Plongée Martinique centre in Anses d’Arlet.

Our boat is anchored in the rocky scree. Take a good landmark on the beach so as not to miss the return trip.
Our 2O dive sites

END_OF_DOCUMENT_TOKEN_TO_BE_REPLACED

Where to find us?