The Burgos Point is one of the most beautiful dive sites on the Caribbean coast that should not be missed. It is also the perfect site to go and meet schools of large peaceful fish, such as lippus or pagres.

What is Burgos Point in Martinique?

Pointe Burgos is the dome that extends Morne Champagne and separates Grande Anse beach from Anses d’Arlet. It was formed from a basaltic lava flow.

What level to dive at Burgos Point?

To really enjoy the site of Burgos Point, it is necessary to have the level 1 of the French Diving School or the Open Water PADI.

Book my dive
Feel free to take a few minutes and give your opinion on the different networks. Facebook, Google, Tripadvisor … 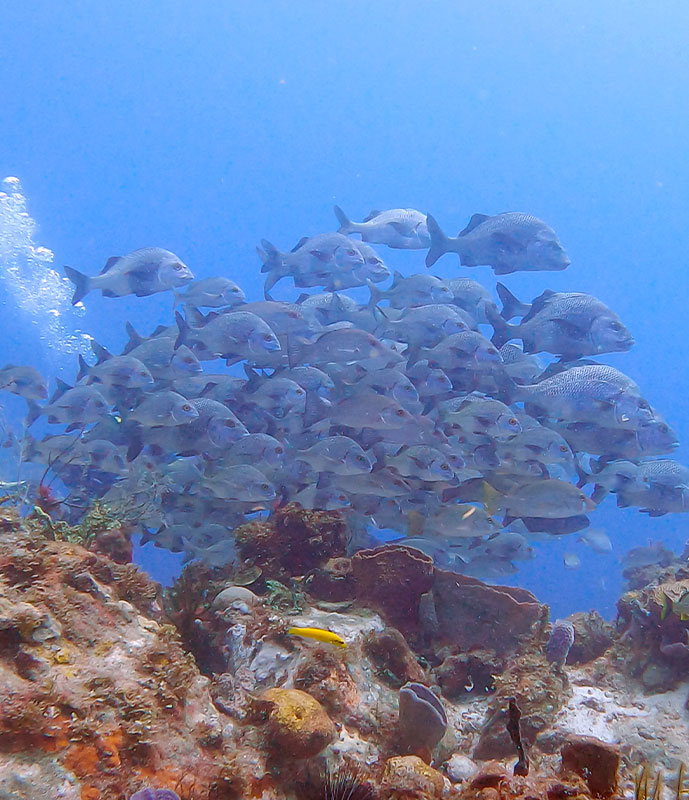 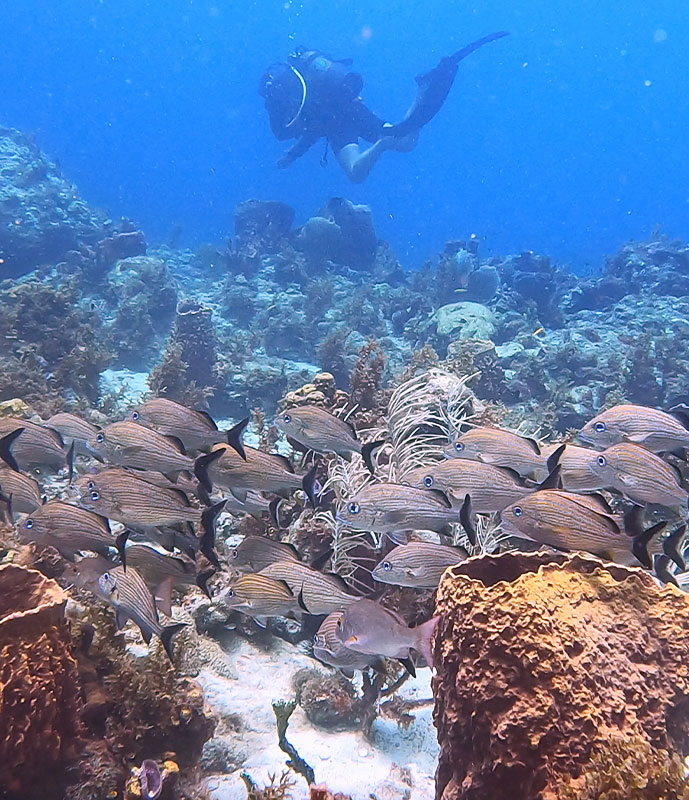 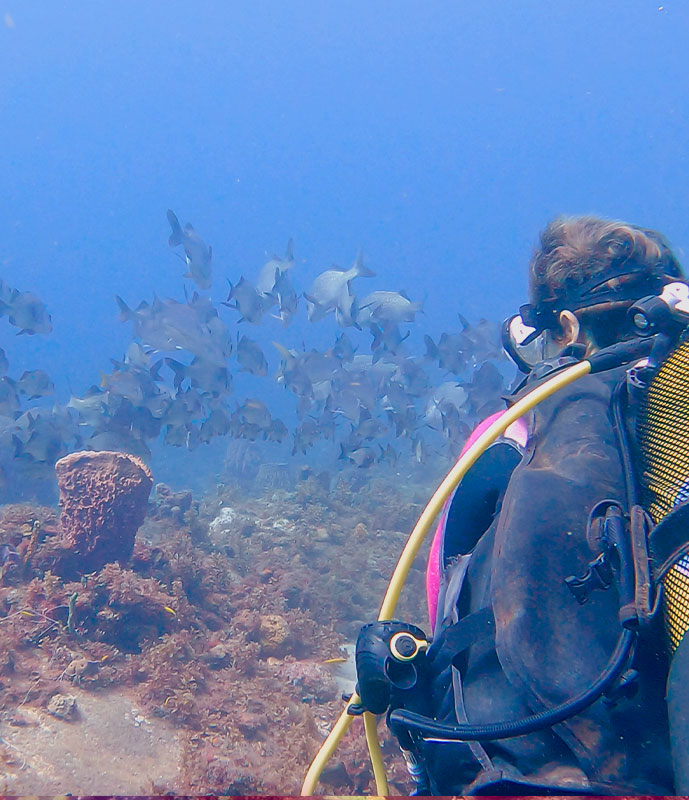 What can you see while diving at Burgos Point?

If most of our dives are done between 5 and 20 metres, it is mainly because this is the best lit area and the one where the most life develops. But from time to time, there is nothing like a dive in deeper water, like the wreck dive with the Nahoon for example at 35 metres.

But if there is one reef that is well worth a dive at more than 20 metres, it is the one at Point Burgos. Coming from the Little Mermaid dive site, the first drop off is from 18 metres to 35 metres. In continuation of this first drop off is a new reef. It is a pretty mountain whose summit culminates at 30 metres and whose foot is at 55 metres.

It is easy to walk around it before going up the other side, more commonly known as the “ski slope”. An underwater ski slope, you ask? Imagine a very pretty tongue of sand that leads over several metres all the way to the end of Pointe Burgos.

From there, a real festival is offered to your eyes. Here you can literally fly among the fish! You can have fun hiding in the cracks and move quietly among the schools of lippus, paddlefish or goretes… You can slip in surreptitiously among them without scaring them. The lippus are these large black and grey fish. During your decompression stop, at a depth of about 15 metres, let them calmly approach you and you can admire the yellow circle that forms the outline of their eyes.

How to go diving at Burgos Point?

To get to the Pointe Burgos site, it only takes 8 minutes by boat from our Alpha Plongée Martinique centre in Anses d’Arlet.

Make sure you respect your decompression stops on this dive. Why not take the opportunity to go to the coral garden at the nearby Little Mermaid spot?
Please feel free to ask us any questions you may have.
Our 20 dive sites

END_OF_DOCUMENT_TOKEN_TO_BE_REPLACED

Where to find us?